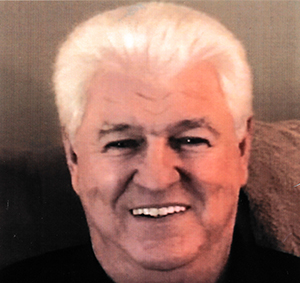 Gunnels was an integral part of two of coach Ed Deupree’s finest Wellborn football teams. As a junior end during the 1966 season he caught seven touchdown passes, a Calhoun County record at the time. Two of his touchdown receptions came in a 19-7 season-opening win over Alexandria. He scored from 61 yards and 15 yards out as the Panthers took a 12-0 halftime lead. Gunnels had two more touchdown catches, 28 yards and 17 yards, in Wellborn’s 21-7 win over Jacksonville. He caught a 7-yard scoring pass in a 28-7 win at Piedmont, made a 27-yard scoring grab in the first half of Wellborn’s 33-6 win over Talladega and finished his record performance with a 10-yard touchdown reception in a 28-13 victory over Childersburg. He also scored on a 68-yard interception return against Piedmont. The Panthers were 9-0-0 in the regular season then played to a 7-7 tie with Oxford in the Calhoun County championship game.

When the 1966 season ended, Gunnels was a unanimous selection for the All-Calhoun County first-team on offense. He was also one of eleven players named first team Class 3A All-State on four All- State teams. Gunnels was recognized by the Associated Press (AP), the Birmingham News, the Birmingham Post-Herald and the Montgomery Advertiser.

Gunnels began the 1967 season with five receptions for 134 yards, including a 63-yard touchdown catch, in the Panthers’ 29-13 win over Alexandria. After missing time with a bad ankle, he moved to tailback late in Wellborn’s 31-14 win over Oxford and made two long runs that set up his 2- yard touchdown carry. In Wellborn’s 14-0 win over Jacksonville that spoiled Jacksonville’s homecoming, Gunnels scored his team’s second touchdown on an 82-yard punt return.

Wellborn finished 8-2-0 and Gunnels was again a unanimous all-county pick on offense as an end. He was one of eleven members of Class 3A first-team All-State teams named by AP, the Birmingham News and the Birmingham Post-Herald.