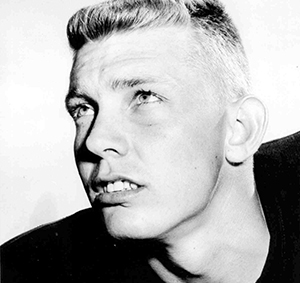 A rare high school athlete, Brannen was outstanding in football, basketball, baseball and track. He played three years in each sport at Anniston High School before graduating in 1956.

Brannen was a two-way end in football and an outstanding punter. Coach Billy Bancroft’s Bulldogs finished the 1955 season 8-1-1. Brannen was named first-team all-county at end in an era when one all-county team of eleven players was chosen. He was also selected to play in the North-South all- star football game.

In baseball, again playing for Bancroft, Brannen was a strong-armed outfielder and a power hitter. As a senior, he belted a grand slam home run in a 13-0 win over Etowah County champion Emma Sansom in the Sixth District North championship game. When the season concluded, Brannen was chosen to play in the annual Lions Club East-West regional all-star baseball charity game.

Brannen accepted a football scholarship from then Alabama head coach J.B. Whitworth, played on the freshman team in 1956 then lettered for Whitworth at end as a sophomore in 1957. After the 1957 team finished 2-7-1, Paul Bryant replaced Whitworth at Alabama. Although many players left, Brannen remained and lettered again in 1958 when the Crimson Tide was 5-4-1.