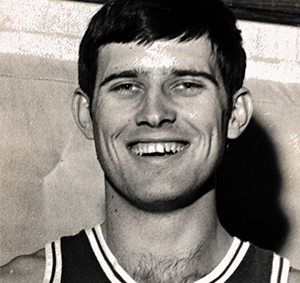 Bryan was a standout basketball player at Piedmont High School under coach Howard Waldrep. He played with the varsity for four seasons before graduating in 1967. A shooting guard, Bryan led the Bulldogs in scoring in each of his final three seasons with his scoring average increasing each season.

He was at his best in the biggest games. In his sophomore season, Bryan scored 20 points in a 79-76 overtime loss to Wellborn in Piedmont’s initial game in the 1965 Calhoun County basketball tournament.

Bryan led Piedmont to the championship of the 1966 county tournament. He was named the tournament’s most valuable player after scoring 19 points as No. 3 seed Piedmont edged Oxford 53-51 in the quarterfinal round, 20 points in the Bulldogs’ 59-51 win over No. 2 Alexandria in the semifinals and 19 points in a 54-49 championship game victory over No. 1 Anniston.

More than fifty years after Bryan completed his high school career at Piedmont the 51 points he scored in a 103-47 win over Hokes Bluff as a junior remains the Bulldogs’ single-game scoring record. Three of Piedmont’s top five single-game totals belong to Bryan as well. He was an honorable mention All-State basketball selection as a sophomore then first-team All-State as a junior and again as a senior.

Bryan received a basketball scholarship from Jacksonville State University and played four years. As a junior, he led the Gamecocks in scoring with 509 points in 27 games. Bryan scored 153 points in 11 games as a senior.