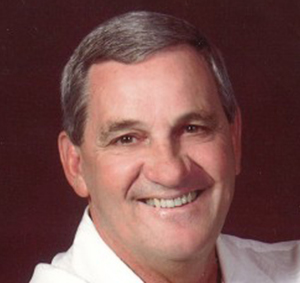 Carden was outstanding in three sports at Walter Wellborn before graduating in 1969. In football, he played offense, defense and returned kicks on special teams. Carden began his junior year at quarterback and completed 8 of 13 passes, including a 36-yard touchdown strike, in Wellborn’s season-opening 29-13 win over Alexandria.

The Wellborn coaching staff soon decided he was more valuable catching passes than throwing them. Carden began his senior season at end. He caught three scoring passes, two on plays covering 74 and 69 yards, as the Panthers opened the season with a 21-0 win over Wheeler. Two weeks later, in a 13-6 win over Alexandria, he accounted for both touchdowns with catches of 10 yards and 20 yards.

An injury to Wellborn’s starting quarterback sent Carden under center in a 27-6 win over Talladega. Carden ran 16 yards for the game’s first touchdown and completed an 11-yard scoring pass later as Wellborn improved to 4-0. In a 37-19 loss to Oxford the next week, Carden grabbed touchdown passes of 16 yards and 39 yards and scored on a 3-yard run.

In a 13-7 homecoming win over Childersburg, Carden scored both Wellborn touchdowns on punt returns, one covering 75 yards and the other good for 80 yards. In the Panthers’ seasoning-ending 26-13 win over Anniston, Wellborn trailed 7-6 when his 8-yard scoring run earned Wellborn a 13-7 lead and the Panthers never trailed again. Late in the third quarter, Carden’s 84-yard kickoff return sealed the win after Anniston had scored to cut Wellborn’s lead to 20-13.

When the 1968 season ended, Carden was named one of two ends on the Class 3A all-state first team picked by the Birmingham News. He also earned a football scholarship to Jacksonville State.

In basketball, Carden was all-county at guard as a junior and as a senior. He ran dashes and relays in track. His field events were the pole vault and long jump.

Following high school, Carden was a four-year letterman in football at Jacksonville State as a defensive back and kick returner. He played on the Gamecocks’ undefeated 1971 team. When his playing career ended, Carden remained actively involved in sports as a football official for 35 years. He also called basketball for many years.