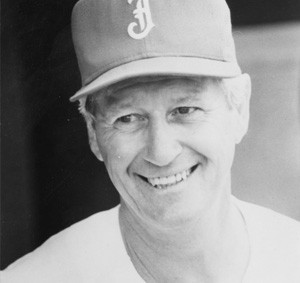 Abbott began a long history of athletic accomplishments at Walter Wellborn High School where he lettered in baseball, basketball, football and track before graduating in 1959. After two years at Jones Junior College in Mississippi, Abbott returned to Alabama as a pitcher at Jacksonville State. In 1962, his first season at JSU, Abbott threw two no-hitters and was drafted by the Pittsburgh Pirates. In 1964, Abbott came back to Jacksonville State as sports information director.

In 1970, Jacksonville State baseball coach Ray Wedgeworth became ill and Abbott agreed to take the position on a temporary basis. When he retired in 2001 after 32 seasons his career record was 1,003-467.

Abbott was inducted into the Jacksonville State University Athletic Hall of Fame in 2001, the first year he was eligible for inclusion. He is a 2005 inductee of the Alabama Sports Hall of Fame.