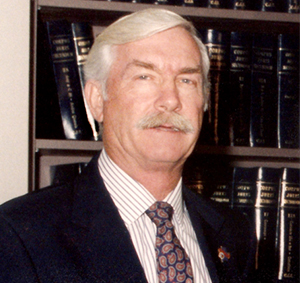 Glover was outstanding in football, basketball and track at Piedmont before graduating in 1955. In football, he earned his first letter as a freshman during the 1951 season. As a junior in 1953, he took over at quarterback for coach Bill Farrell and was second team All-Calhoun County.

Glover didn’t waste any time settling into the starting role. Four minutes into Piedmont’s opening game, he completed a 53-yard touchdown pass that started the scoring in a 32-13 win over Hokes Bluff. He added a 1-yard scoring run for Piedmont’s final touchdown.

In 1954, Glover was captain in football. Piedmont opened against Hokes Bluff and won 13-6. Glover’s 12-yard touchdown pass broke a 6-6 tie. The next week the Bulldogs defeated Emma Sansom 14-12 in Gadsden. Glover’s 4-yard touchdown pass opened the scoring and a 25-yard completion led to Piedmont’s winning touchdown. Glover rushed for two touchdowns and passed for a third in a 25-0 win over Oxford. In a 47-27 loss to Alexandria, Glover passed for Piedmont’s first touchdown and ran for a touchdown in the first half.

Glover earned first-team All-Calhoun County honors at quarterback in 1954. The Birmingham Post-Herald named him a Class 2A all-state honorable mention.

At the 1953 Calhoun County track meet, Glover helped Piedmont to a second-place finish by winning the grueling 440-yard dash. In May 1953, he won both the 220-yard dash and the 440 dash as the Bulldogs won the Class A Sixth District title.