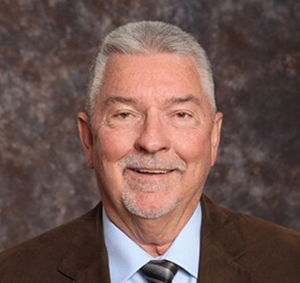 A 1965 graduate of Oxford High School, Skinner came to love the game of basketball while playing for Ralph Baxter. He graduated from Jacksonville State University in 1969 and gravitated into teaching and coaching. Skinner’s first varsity head-coaching position was with the Saks boys for three seasons, 1972-73 through 1974-75.

From Saks, he moved to Trinity Christian Academy in Oxford where he enjoyed unprecedented success with the Tigers’ boys teams. Skinner served as Trinity’s basketball coach for a total of eighteen seasons over three stints. His career record at Trinity Christian was 344-122, the most career wins by a coach in Alabama Christian Education Association history, and included seven ACEA state championships.

The first state title came in 1977 in Prattville with a 66-32 win over Tuscaloosa Christian. Playing in Oxford, Trinity Christian downed Tabernacle Christian of Gardendale 83-67 for the 1979 championship. The 1979 team advanced to the national tournament of the American Association of Christian Schools in Watertown, Wisconsin, and finished fifth to end the season at 22-2.

In 1990, Trinity Christian defeated Liberty Christian 48-42 in the state championship game and reached the semifinal round of the national tournament in Wisconsin. Trinity’s 1993 championship came at the expense of Tabernacle Christian by an 83-65 margin.

The final state championship, the 1997 title, came to Skinner’s Tigers in a 64-23 rout of Independent Methodist School of Mobile.