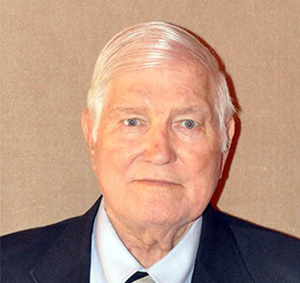 Gowens was outstanding in both football and basketball at Piedmont before graduating in 1955. In football, he was a five-year starter at halfback. Following his senior season in 1954, he was chosen by vote of the county’s football coaches as first-team all-county. At that time, there was one all-county team for all schools, regardless of size. As a sophomore and again as a junior, Gowens was one of eleven members of the all-county second team. After his freshman season in 1951, he was named to the all-county team as an honorable mention.

As a junior in 1953, Gowens ran the ball 106 times and gained 1,121 yards, an average of 10.6 yards per carry, and scored 15 touchdowns – all in a season that lasted just nine games. Research indicates he was the first Piedmont player to rush for as much as 1,000 yards in a season. In Piedmont’s 33-7 win over rival Cherokee County, Gowens scored on a 91-yard run and gained 141 yards overall on nine attempts.

Gowens was unable to play in Piedmont’s first game of his senior season but still rushed for 740 yards, averaging 10.1 yards per carry, and ten touchdowns in eight games. He had a 94-yard scoring run in Piedmont’s 26-6 homecoming victory over Cherokee County.

In basketball, the 5-foot-9 Gowens was the Bulldogs’ scoring leader in the Calhoun County basketball tournament in each of his four years of high school. He was named a member of the ten-player all-tournament team his freshman year, the twelve-member team as a junior and the ten-member team as a senior.