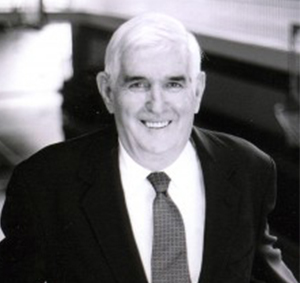 In the fall of 1957, Adcock entered the University of Alabama on a basketball scholarship. He played one season then spent three years in military service where he got his first coaching experience. Adcock returned to Alabama for his senior season in 1961-62. That year he served as a team captain, earning a letter as one of the team’s rebounding leaders.

From Alabama, Adcock came to Walter Wellborn High School in 1963 and never left. He served as varsity basketball coach for 15 years, from 1963-64 through 1977-78. During that time, Adcock was chosen as Calhoun County Coach of the Year by his fellow coaches three times. He won the award in 1971, the second year it was presented, in 1972 and in 1974. Under Adcock’s tutelage, the Panthers reached the Calhoun County tournament championship game once and played in the semifinals seven additional times.

During his first 15 years at Wellborn, Adcock also served as an assistant varsity football coach, junior high football coach, varsity baseball coach and varsity track coach. He then coached varsity ‘B’ team and junior high basketball from 1978-79 through 1995-96 and again for two more years from 1998 through 2000, a total of 20 years. Overall, Adcock’s basketball teams won 408 games and lost 218.

Adcock formally retired as a teacher in 1996 but has continued to work at Wellborn as a substitute teacher and as a volunteer on a daily basis. In 2003, he was a member of the inaugural class of the Coweta (Georgia) Sports Hall of Fame. In 2005, Walter Wellborn’s original gymnasium, the gym in which his teams played, was named for Adcock. His love for Walter Wellborn High School and its students, former and current, has earned him the title “Mr. Wellborn.”