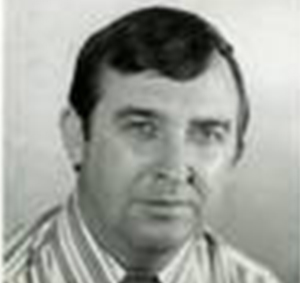 Smith graduated from Ohatchee High School in 1952. After attending Jacksonville State for several semesters, he was hired by the Anniston Star to work in its advertising department. He sold advertising during the day and on weekends began covering high school football games.

Smith spent parts of three decades writing sports for the Anniston Star, most of that time while serving as sports editor from 1958 through 1977. He was a one-man sports department when he became sports editor in November 1958. He covered high school, college and professional sports and wrote four columns a week. Smith was a familiar figure at high school sports venues across Calhoun County throughout the school year. He also made a point of visiting each school in his paper’s five-county coverage area at least once a year. As a result, high school coverage in the Anniston Star was second to none.

During Smith’s time as sports editor he won several state writing awards from the Associated Press and was named Alabama’s sports writer of the year by the National Sportscasters and Sportswriters Association. The one-man department became a five-person operation. In 1974-75, Smith was the first president of the reorganized Alabama Sports Writers Association.

Smith became a charter member of the Alabama sports Hall of Fame’s selection committee in 1969 and has served continuously in that capacity.

In 1977, Smith’s official connection to the Anniston Star’s sports department ended when he became the paper’s general columnist, a position he held for more than 30 years. He continued to follow sports and write about sports figures periodically in his general columns.