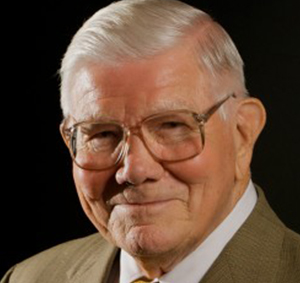 Salls graduated from high school in White Plains, New York, and received a football scholarship to the University of Alabama. He lettered as a reserve in 1940 and as a starter at fullback and linebacker in 1941 and 1942, his junior and senior seasons. Alabama was 9-2, including a 29-21 win in the Cotton Bowl over Texas A&M in 1941 then 8-3 in 1942 with a 37-21 victory over Boston College in the Orange Bowl.

Salls earned his undergraduate degree in physical education and an ROTC commission in 1943. He saw combat duty in Europe during World War II and participated in the liberation of Paris. After the war ended, Salls returned to Alabama and earned a master’s degree in 1946.

When Jacksonville State president Houston Cole asked Alabama coach Frank Thomas to recommend a coach to revive the school’s football program, Thomas suggested Salls. He became head football coach and an associate professor in the department of health and physical education at Jacksonville State University in 1946 and remained as head football coach through the 1964 season. His 1946 team won just two games but laid the foundation for far better days. In 1947, Salls’ second Jacksonville State team was 9-0-0. The Gamecocks were 10-1 in 1955, including a memorable 12-10 win over favored Rhode Island in the Refrigerator Bowl.

In 18 seasons, his Gamecock teams were 95-57-11. Jacksonville State was champion of the Alabama Collegiate Conference in each of his final three seasons as coach. Salls’ total of 95 coaching wins remains a JSU record.

When Salls received a doctor of education degree from New York University in 1955 he was promoted to full professor and moved to the department of education. He taught at JSU for a total of 38 years. He led the development of a system of static, or isometric, exercises which did not require the use of weights.

Salls was inducted into the Jacksonville State Athletic Hall of Fame in 1986 and into the Alabama Sports Hall of Fame in 1992. In 2003, the Alabama National Alumni Association named him a Paul W. Bryant Alumni-Athlete Award honoree, given to a former Alabama athlete based on character, contribution to society, professional achievement and service to humanity.