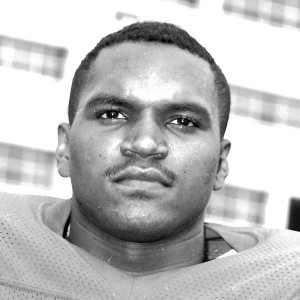 Malone was an outstanding football player on both offense and defense at Jacksonville High School. After his junior season in 1984, Malone was named to the Class 4A-6A All-County team as a running back. That same year he was named to the Alabama Sports Writers Association’s Class 5A All-State first team as a defensive back.

As a senior, Malone was chosen a Class 4A-6A All-County performer again, this time as a defensive back. He also rushed for more than 1,000 yards and was the only player from the 1984 team to repeat as All-County in 1985.

At Jacksonville State, Malone lettered for four seasons as a defensive back. A redshirt in 1986, he was the Gulf South Conference kickoff return leader as a freshman in 1987 with nine returns for 252 yards and led the Gamecocks in interceptions with four.

In 1988, Malone started all 12 games, broke up 13 passes and returned 16 kickoffs for 316 yards. The following season he returned his four interceptions for a team-leading 135 yards with one touchdown. In 1988 and 1989, he played on Gulf South championship teams.

As a senior in 1990, he recorded 50 solo tackles, broke up nine passes and intercepted three passes, returning two for touchdowns. Malone was an All-Gulf South Conference honoree as a defensive back.