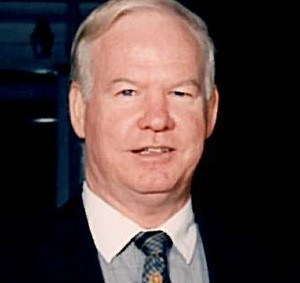 Rankin was a letterman in football, basketball, baseball and track before graduating from Piedmont High School in 1959. He played two years of varsity basketball, was a sprinter in track and began playing baseball as a sophomore when Piedmont resumed the sport but his accomplishments on the football field made him one of Alabama’s most sought after high school players.

In football, Rankin lettered for Bill Farrell as a freshman in 1955. For the next three seasons, Rankin started at quarterback and tailback in Piedmont’s varied offenses. As a junior in 1957, Rankin was his team’s leading rusher, averaging 4.5 yards per carry. He scored one of Piedmont’s two touchdowns as the Bulldogs defeated Oxford 12-0. Rankin’s 2-yard touchdown run gave Piedmont the lead for good in a 24-13 win over Cherokee County. He led a second half comeback that produced a season-ending 20-7 win over Cleburne County with a touchdown pass, a touchdown run and two extra points. Rankin was chosen as one of eleven players on the all-county first team.

In 1958, Rankin served as a co-captain and helped Piedmont to an 8-1-0 regular season and the school’s first appearance in the Anniston Quarterback Club’s postseason charity game, the Turkey Bowl. Rankin rushed for a Turkey Bowl record 229 yards and two touchdowns as Piedmont defeated Wellborn 26-6, avenging its only loss.

During his senior season, Rankin scored 24 touchdowns, kicked 18 extra points and rushed for more than 1,000 yards. The Anniston Quarterback Club named him back of the year from Calhoun County schools. He was a unanimous choice for the eleven-member all-county first team, picked by the head coaches of Calhoun County.

Rankin was named one of eleven members of the Class AA all-state team in 1958. He was one of five Alabama players selected for the Orlando Sentinel’s 39th annual All-Southern team and was chosen as a high school All-America by the Wigwam Wisemen. Rankin accepted a football scholarship to the University of Alabama and later declined an academic scholarship to Northwestern prior to enrolling at Alabama. He was a co-captain for the North squad in the AHSAA North-South All-Star football game at Tuscaloosa in August 1958 just prior to beginning his freshman year at Alabama.

At Alabama, Rankin lettered at quarterback in 1962. He served as a student assistant coach at Alabama in 1964. In 1965 and 1966 Rankin coached backs as an assistant at Jacksonville State.