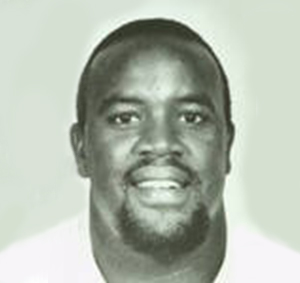 At the University of Nebraska, Franklin was a four-year football letterman, a rarity for the Cornhuskers. Midway through his sophomore season, he became the starter at fullback and was honorable mention All-Big Eight. He remained the starting fullback the rest of his time at Nebraska. In 1979, he was second team All-Big Eight. As a senior in 1980, Franklin carried 120 times for 678 yards and was first team All-Big Eight. He gained over 100 yards against both Oklahoma and Missouri. At Nebraska, Franklin had 324 carries for 1,753 yards and 10 touchdowns. He was inducted into Nebraska’s Football Hall of Fame in 1990.

In the 1981 National Football League draft, Franklin was a second round pick by the Miami Dolphins. He started at fullback for the Dolphins in 1981, rushing for 711 yards and seven touchdowns on 201 carries, and was American Football Conference Rookie of the Year. In the strike-shortened 1982 season, Franklin had 177 carries, 701 yards rushing and seven touchdowns. Miami was AFC champion in 1982 and Franklin added another 301 yards rushing and two more touchdowns in four post-season games. He was Miami’s starting fullback in Super Bowl XVII then capped his season with a Pro Bowl appearance. Franklin enjoyed his best professional season in 1983 when he ran for 746 yards and eight touchdowns on 224 carries. A severe knee injury in the second game of the 1984 season ended Franklin’s football career at age 26. In 42 career regular season NFL games, all with Miami, he had 622 carries for 2,232 yards and 22 touchdowns.