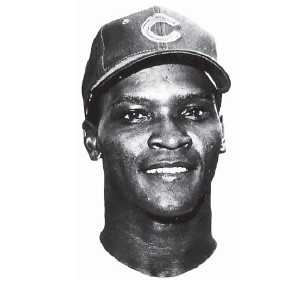 Smith graduated from Calhoun County Training School in 1957. He played baseball professionally in the Negro Leagues before signing a contract with the Detroit Tigers in 1960. Smith moved through the Detroit farm system as a pitcher. When he reached the majors with the Tigers in 1963 he was 1-0 with two saves and 16 strikeouts in 21 innings.

Thereafter, Smith was almost exclusively used as an outfielder and a first baseman. He hit a career best 14 home runs for California in 1965. Smith was with the Cleveland Indians in 1967 and part of 1968 before he was traded to the Chicago Cubs. In 55 games with the Cubs that year he hit .275. When Smith finished his major league career with Cincinnati in 1971, his career totals included 63 doubles, 21 triples, 46 home runs and a slugging percentage of .395.

Among his home runs was the first to reach the upper deck in Atlanta-Fulton County Stadium, 52 feet above the playing field. The blast came on June 10, 1969. In the top of the eighth inning, with Smith’s Chicago Cubs trailing Atlanta and Braves’ pitcher Ron Reed 1-0, Smith led off the inning as a pinch hitter for Cubs’ pitcher Ken Holtzman. Reed, who had allowed only three singles, left a 1-2 pitch a little too high and Smith stroked it down the first base line and into the upper level. Afterward, Cubs third baseman Ron Santo called Smith’s home run the hardest hit ball he had ever seen.

Those who played with Smith considered him not only a talented hitter but also an exceptional teammate. He continued to share his knowledge of the game he loved with individuals and at youth baseball camps.