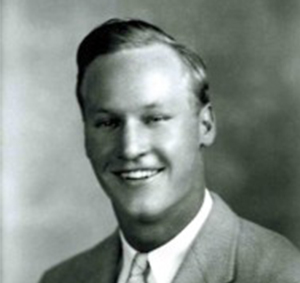 Stewart played baseball, basketball and football at Anniston High School but football was the sport in which he excelled. He was an outstanding lineman and three-year starter for Anniston’s football teams in the late 1930’s under coaching legend Edgar D. (Chink) Lott. Stewart served as alternate captain of the 1937 Anniston team as a junior and was second-team All-County that year. In his senior season, Stewart captained Anniston. He was named first-team All-County as a senior in 1938. Stewart was second team All-State at center as a junior and a senior.

The 1938 Anniston team finished 8-0-1. The only blemish on its record was a 6-all tie with Gadsden. At the athletic banquet following the season, Lott called Stewart his greatest captain at Anniston.

Following his graduation from high school, Stewart accepted a football scholarship offer from the University of Alabama and its coach, Frank Thomas. At Alabama, Stewart started at center for the freshman team. While at Alabama, Stewart was chosen as a member of the Southeastern Conference All-Sophomore team. He earned a varsity letter for the Crimson Tide while playing for its 1941 national championship team. Before Alabama’s 1942 Cotton Bowl victory, military service ended Stewart’s college career.

After receiving his honorable discharge, Stewart had an opportunity to play professional football. Despite his lack of size, he played two seasons in the National Football League. Stewart began his NFL career in 1943 with the Brooklyn Dodgers and the Chicago Cardinals. He played one game with Brooklyn then completed the season with Chicago. Combined, he played in all ten games of the NFL’s 10-game season in 1943.

In 1944, Stewart played in nine games of the 10-game season for the Brooklyn Tigers. That year, he boomed a 58-yard kick in his only punting opportunity.

Stewart was inducted into the Huntsville-Madison County Athletic Hall of Fame in 1990. He died December 18, 1992, in Huntsville.