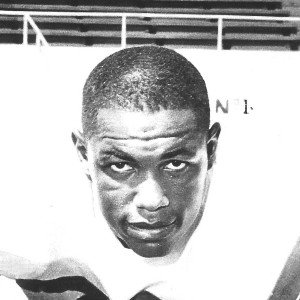 Coleman began his athletic career at Cobb Avenue High School in Anniston where he participated in football and track for three years before graduating in 1958. In football, he was an All-District selection at tackle as a junior and again as a senior for Robert Mosby.

At Cobb Avenue, Coleman attracted the attention of Florida A&M coach Jake Gaither and received a football scholarship. At FAMU, he was a four-year letterman from 1959 through 1962. During that time, the Rattlers were 10-0-0 twice and 9-1-0 twice and received recognition as Black College National Champions.

Those were Gaither’s famous “Blood, Sweat and Tears” teams and Coleman was a two-year member of the “Blood” team, as the first unit was known. As a senior in 1962, Coleman was named the Rattlers’ outstanding lineman. In his junior and senior campaigns, Coleman was an honorable mention All-Southern Intercollegiate Athletic Conference selection at tackle.

Following his graduation from Florida A&M Coleman began a 46-year career as a teacher, coach and athletic administrator, working 43 years in Georgia and three in Florida. In 1982, Coleman coached in the Georgia All-Star football game. In 1970, he was named Georgia’s assistant coach of the year in track and won the same award in basketball in 1992. Coleman was named regional athletic director of the year by the Georgia Athletic Directors Association in 1993-94 and 2001-02.

In 1997, Coleman was inducted into the FAMU Hall of Fame. In 2005, he was named to the FAMU Centennial Team, celebrating 100 years of football for the Rattlers.