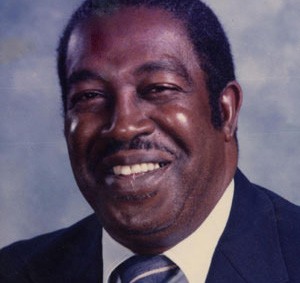 Born in Versailles, Kentucky, in 1923, Mosby graduated from Simmons High School in his hometown then entered the United States Navy. He completed undergraduate school at Tennessee State University then began a 43-year career as an educator. In 1949 and 1950 football seasons, Mosby served as an assistant coach at Escambia County
Training School in Atmore, Alabama. From 1951 through 1954, he was head football coach at Escambia County Training where his teams were 23-12-1 for the four-year period, including a 9-0-1 finish in 1954.

Mosby’s first Cobb Avenue team was AIAA Northeast District champion, the first such title for Cobb Avenue in school history. In addition to the 1955 team, Mosby’s 1959, 1960 and 1961 teams were also district champions. In the final game of the 1969 season, the Anniston Quarterback Club’s Crippled Children’s Charity Bowl, Cobb Avenue defeated Anniston 34-21 for Mosby’s 100th career win at Cobb Avenue. In 1970, Cobb Avenue was
9-1-0 in regular season play. The Panthers were ranked No. 7 among big schools in the Alabama High School Athletic Association points system and one of eight teams to make the big school playoffs before losing to No. 2 Minor in the opening round.

Following the 1972-73 school year Cobb Avenue became a junior high school and Mosby remained at Cobb Avenue as assistant principal. He was later an administrator at Anniston Middle School until he retired in 1992. In addition to his undergraduate degree from Tennessee State,
Mosby also received a masters degree from Columbia University.
Prior to his retirement Mosby was named Anniston teacher of the year and district teacher of the year. In 1995 he was inducted into the Alabama High School Sports Hall of Fame. Mosby died October 11, 2004.