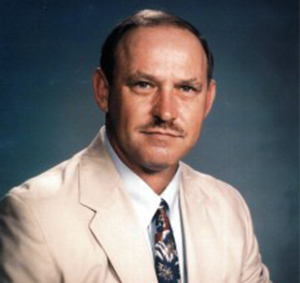 Weems was an outstanding multi-sport athlete at Wellborn High School, earning letters in football, basketball, track and baseball for the Panthers.

In football, Weems was a four-year letterman and a four-year starter, playing fullback on offense and linebacker on defense. In his junior season, he was honorable mention all-county at fullback. As a senior in the 1967 season, Weems was first-team all-county at fullback and earned second-team all-state honors from the both the Birmingham News and the Associated Press. The Anniston Quarterback Club named him the defensive player of the year for Calhoun County. In August of 1968, Weems played in the Alabama High School Athletic Association’s North-South all-star game before entering Jacksonville State University on a football scholarship.

In basketball at Wellborn, Weems lettered three years and was a starter as a junior and again as a senior when he averaged 15 points a game. When Wellborn resumed baseball his senior year, Weems pitched and his victories included two one-hitters.

During his football career at Jacksonville State, Weems was a four-year letterman and four-year starter. He was all-conference as a junior and a senior and led the Gamecocks in tackles each year. Following his senior season, he was elected a permanent captain and named most valuable back.