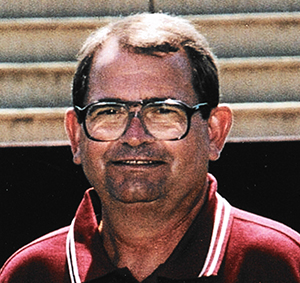 Clark graduated from Alexandria in 1960 then spent four years at the University of Alabama where he received a Bachelor of Science degree in physical education with a minor in biology in 1964. While at Alabama, Clark worked as a football manager for a short time. Then assistant basketball coach Wimp Sanderson encouraged him to become a basketball manager and he did that for his final two years in Tuscaloosa.

Returning to Alexandria to teach and coach, Clark became head basketball coach after one year as an assistant. His first Alexandria team, the 1965-66 Valley Cubs, featured returning starters Danny Whited and Ray Kelley and a sophomore guard from Weaver Junior High School named Larry Ginn. That team reached the Class 3A state tournament championship game before losing to Pisgah in overtime. The Cubs ended 23-6. Alexandria returned to the 3A state tournament in 1967 and reached the semifinals before losing to Scottsboro. A loss to Lauderdale County in the consolation game finished Alexandria’s season at 19-11.

After a year away from coaching, Clark undertook a rebuilding job at Piedmont. He stayed two seasons, improving from 2-8 to 4-6, but returned to private business. In 1987, Clark returned to coaching with another rebuilding job at Ashville. The Bulldogs were 0-10 Clark’s first year then his second Ashville team was 5-5 in the regular season – he still feels they deserved to be 6-4 but had a game taken from them at Susan Moore – and finished as area runner-up. In the opening round of the Class 3A playoffs, Ashville drew 10-0 and No. 1 ranked Sardis and led the Lions until Sardis scored on the next to the last play of the game to win 26-21. Clark was voted St. Clair County coach of the year then stepped away from football again.

After a two-year break, Clark returned to Ohatchee for six years, going 35-31. The Indians missed the playoffs in 1991 but made five consecutive playoff appearances under Clark thereafter. Clark coached in the AHSAA all-star basketball game in 1966 and in the all-star football game in 1971.