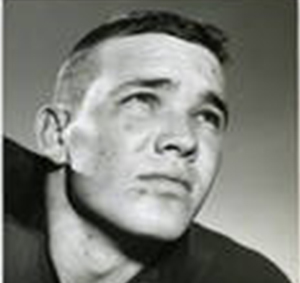 Cook starred in football, basketball and baseball at Alexandria before graduating in 1953. A two-way starter at end in football, Cook was second team All-County as a sophomore in 1950. In 1951 and 1952, his junior and senior seasons, he was chosen first team All-County. The Birmingham News and the Birmingham Post-Herald each named Cook to its Class 2A first team All-State team as an end in 1952. After the 1952 season, Cook accepted a football scholarship from the University of Alabama. He was named to the Wigwam Wisemen high school All-America football team for 1952. In August 1953, Cook started at end for the victorious East team in the fifth annual Wigwam Wisemen East-West All-America game in Memphis. During the game, he blocked a punt and returned it for a touchdown.

In baseball, Cook pitched and played in the outfield. In 1953, his senior season, Cook pitched a three-hitter and struck out ten batters as Alexandria defeated Anniston 3-1 to force a playoff game for a place in the postseason. Cook also scored the go-ahead run.

At Alabama, Cook won a place on the varsity football traveling squad as a freshman. In preseason practice as a sophomore, he earned first team status at end. A knee injury suffered in practice just before Alabama’s first game caused him to miss the first half of the season. Although Alabama changed football coaches after Cook’s sophomore season, he again won a starting position at end during the spring of 1955. Expecting to be drafted into military service, Cook did not return to Alabama that fall. He also played baseball as an outfielder while at Alabama.

Cook was a basketball official, calling high school and college games, for more than ten years until recurring knee problems forced him to give up officiating.