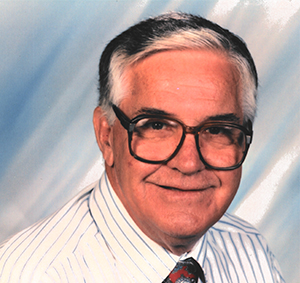 Canada graduated from Anniston High School in 1947. He played football for the Bulldogs and earned his first letter at guard in 1944, a rare feat then for an Anniston sophomore. It was the last season he played for the Bulldogs. Canada enlisted in the Navy prior to his junior year. When he returned from military service, an Alabama High School Athletic Association rule governing the eligibility of returning servicemen made him ineligible for his senior year of high school football.

A few years later, a local high school coach encouraged him to become an official. His love of sports led him into officiating high school events. He began calling games in 1951 and continued for 50 years including parts of six decades.

Canada officiated football, basketball and baseball at the high school level. He helped organize the first officials’ association in Calhoun County and was active in recruiting and training new officials.

In 1995, the Alabama High School Athletic Association presented him with its “Distinguished Service Award” for what was at the time 39 years “of dedicated service to the high school officiating program in the State of Alabama” as a football, basketball and baseball official as well as a leader in his local association of officials. In 2000, he received from the National Federation of State High School Associations, the national governing body for high school sports, its award as football official of the year for the East Central District of Alabama.