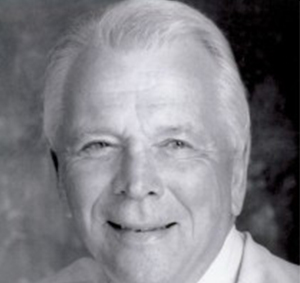 A native of Hueytown, Hodges attracted the attention of both Auburn and Alabama football coaches as a junior fullback when he helped his Hueytown Gophers to a one-loss season and was named to the Birmingham News-Birmingham Age-Herald second-team all-state team. At that time, all classifications competed for one all-state team with eleven players making first team and eleven making second team.

Neither Alabama nor Auburn had fielded a football team in 1943 and each school was actively recruiting high school underclassmen, promising to allow them to earn the credits needed for a high school diploma while in college. Hodges initially leaned toward Auburn but chose to accept Alabama coach Frank Thomas’ offer when Woodlawn’s Harry Gilmer chose the Crimson Tide.

At Alabama, Hodges lettered in football as a fullback and linebacker for four years from 1944-47. In 1944, Hodges played his first season at Alabama in what should have been his senior year in high school. Alabama was 5-1-2 in the regular season, tying favored LSU 27-27 in Baton Rouge to start the season and Tennessee 0-0 in Knoxville in the Tide’s fourth contest. Alabama’s reward was a trip to the 1945 Sugar Bowl where Duke, bolstered by naval trainees, edged Alabama 29-26 on a touchdown late in the fourth quarter. Hodges scored Alabama’s first two touchdowns on 1-yard runs as his team took a 12-7 lead after one quarter.

In the 1945 season, Alabama captured the Southeastern Conference championship with a 6-0-0 conference record. The six SEC wins came against LSU, Tennessee, Georgia, Kentucky, Vanderbilt and Mississippi State on homecoming. A 9-0-0 regular season earned Alabama an invitation to the 1946 Rose Bowl. Hodges scored on another 1-yard run as Alabama downed Southern California 34-14.

By Hodges’ junior season, his coach referred to him as the best linebacker he had coached since Johnny Cain, an Alabama All-America in 1932. Alabama was 7-4-0 in 1946, the final year that Thomas served as head coach.

Harold (Red) Drew became Alabama’s head coach in Hodges’ senior year. An 8-2-0 regular season earned another trip to the Sugar Bowl where Alabama lost to Texas to finish the 1947 season 8-3-0.

Hodges was a student assistant coach for the Alabama freshman team in 1948 and 1949 while finishing his degree in education. He became head coach at A.G. Parrish High School in Selma in 1950.

After three seasons at Parrish, Hodges left coaching for good. He began a career in the automobile business in Selma and moved his family to Anniston in 1956. He became a Volkswagen dealer in 1961 and 25 years later Time magazine named his business one of the top 25 auto dealerships in the United States. During his 10 years on the Anniston City board of education and two terms as mayor of Anniston he was an ardent supporter of high school sports and youth sports programs.