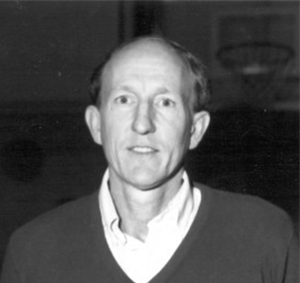 Deerman was a starter as a sophomore, junior and senior in basketball for Jacksonville High School where he was coached by his father, the late Van Deerman. In seven Calhoun County tournament games over three years, he averaged 15.3 points and was named to the all-tournament team. Deerman was an all-district basketball player at Jacksonville in 1964 and 1965.

When he graduated from Jacksonville State University in 1970, Deerman had decided on a career as a teacher and a coach. His first teaching position was at Weaver High School and he remained there for his entire 30-year career.

Deerman was head varsity basketball coach for 25 years, starting in the 1973-74 season and retiring after the 1997-98 campaign. Before he became head coach at Weaver, the new high school had fielded just three varsity basketball teams. Statistically, Deerman’s final five seasons at Weaver were the best of any five-year period while he was there.

The Bearcats were area champions in 1975, 1987 and 1988 for Deerman. In 1978, Weaver enjoyed its first 20-win season, finishing 20-9, but lost to Jacksonville in the area tournament championship game after having defeated Alexandria and then Oxford to reach the finals. At the time, only the area champion advanced to the postseason.

Deerman was named a Calhoun County basketball coach of the year by his peers four times. He also coached junior varsity and junior high basketball teams for many years. Overall, his teams won more than 450 games, almost 300 of those in varsity competition.

In addition to nurturing the fledgling basketball program, Deerman started baseball at Weaver and served as head coach for six seasons. He was an assistant in football for 27 years.