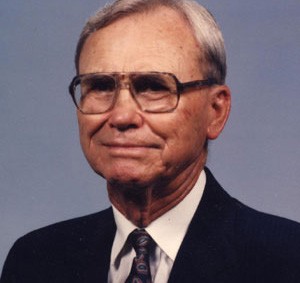 As a young boy in the Ball Play community in Etowah County, Scales listened on the radio to a University of Alabama Rose Bowl victory and vowed to himself that he would play football at Alabama. Scales’ hard-nosed play on the baseball diamond so impressed Glencoe High School coach DeWitt Dunn that Dunn persuaded Scales to attend Glencoe. At Glencoe, Scales started at fullback in 1936, 1937 and 1938. Glencoe was 17-1-0 in Scales’ junior and senior seasons. As a senior, he was the leading ground gainer for the undefeated Glencoe team of 1938. Scales earned all-Etowah County and all-state football honors and was an all-state selection in basketball while at Glencoe.

After graduating from Glencoe in 1939, Scales joined more than one hundred other players on the University of Alabama freshman football team. In 1941 and 1942, Scales lettered at fullback for Alabama under the legendary Frank Thomas. Military service during World War II interrupted his Alabama football career. Scales returned to football in 1945 and lettered again.

Scales began his coaching career at Thompson High School in Shelby County in 1946. His first team was a modestly successfully 3-3-3. Unsure that he wanted to continue coaching, Scales spent a year in business. He came to Alexandria High School in the fall of 1948 and remained until his retirement after the 1985-86 school year.

The 1948 season was a trial for Scales. The Valley Cubs opened 0-6-0, including a 58-0 loss to Anniston, before defeating Hokes Bluff 29-20 and giving Scales his first coaching victory at Alexandria. Scales predecessor had been fired following a similar 58-0 loss to Anniston in 1947 and Scales later admitted he was unsure of his own fate when his first Alexandria team ended 1-9-0. He was retained for the 1949 season and Alexandria improved to 6-2-2 despite playing only one home game. One of the losses was to Anniston – but only 27-0 – and most Alexandria followers were delighted. Valley Cub fans were even more impressed when the Cubs went 8-0-0 in 1950, playing every game on the road. Alexandria capped its undefeated season with a 20-12 win over Anniston, the first time a Calhoun County team had beaten the Bulldogs in twenty years, and Scales never again worried about the security of his job.

Scales’ interest in improving athletic facilities at Alexandria led to the formation of the Alexandria Sportsmen’s Club. By 1952 a new, lighted football field was ready for use. The first game produced a 33-13 win over John Carroll of Birmingham. That 1952 team finished 9-1-0. In 1957 the Valley Cubs were undefeated at 7-0- 2. The 1972 team completed regular season play 9-1-0 then went 1-1 in the playoffs. The 1974 Cubs ended the regular season10-0-0 before finishing 12-1-0 overall. Scales’ 38 Alexandria football teams were 218-141-12 but the 1985 team, his last, was his most successful. After going 8-2-0 in the regular season and finishing as Area runner-up the 1985 Valley Cubs ran off five consecutive playoff wins to claim the Alabama High School Athletic Association Class 4A state champion. In the championship game, Alexandria downed Elba 35-0.