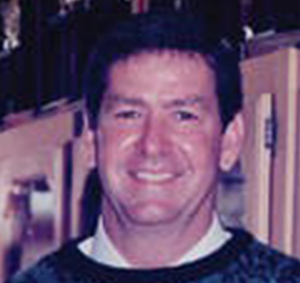 Ginn was an outstanding basketball and football player at Alexandria after arriving as a sophomore from Weaver Junior High. In the 1965-66 basketball season, his sophomore year, Ginn started at point guard as the Valley Cubs reached the Class 3A basketball championship game.

As a senior in 1967, Ginn quarterbacked Alexandria to an 8-2 season, its best win total in 15 years. He completed 23 touchdown passes, then a Calhoun County record, and amassed 2,300 yards of total offense. He was one of five Alabama players named to the annual Orlando Sentinel All-Southern team.

Ginn was a basketball starter at Montevallo as a freshman then transferred to Gadsden State, where he averaged 18 points per game as a sophomore. Ginn played his final two years at Jacksonville State. At JSU, he averaged 11.8 points per game as a junior. In 1972-73, his senior season, Ginn was team captain and averaged 17.4 points as the Gamecocks finished 17-9. He was an All-Gulf South Conference selection after netting over 78% of his free throws.

After graduating from JSU, Ginn returned to Alexandria to teach and coach. He became varsity basketball coach in the 1978-79 season. Ginn led Alexandria to state basketball championships in 1992, 1993 and 1997, second place finishes in 1987 and 1988 and a record eight Calhoun County tournament titles. In 29 seasons, Ginn’s varsity teams accumulated more than 600 wins, averaging more than 21 wins and fewer than five losses a season. Nineteen Ginn-coached teams won at least 20 games and 22 teams lost five or fewer games.