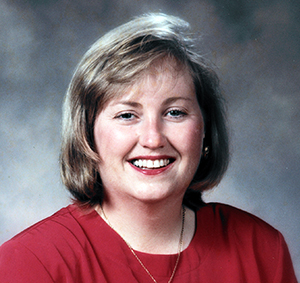 Hester was a fine athlete but made her lasting mark in Calhoun County athletics as a coach at The Donoho School. She was head volleyball coach from 1992 through 2002. The Falcons won Alabama High School Athletic Association Class 1A state championships in 1994, 1998 and 2002 and in each of those years Hester was named Class 1A state coach of the year. In addition, Donoho teams finished second at the 1A state tournament in 1992, 1993 and 1995 and won 10 area championships. Her career coach record of 433-149 included a Calhoun County tournament championship in 1993. Of her 149 losses, only 40 came against Class 1A opponents.

In basketball, Hester built the Donoho girls’ varsity program from scratch, starting in the 1983- 84 season. She retired as basketball coach following the 1994-95 season. Her final Donoho basketball team won the 1995 Calhoun County tournament. Unseeded Donoho defeated Jacksonville then No. 4 seeded Oxford then No. 1 seeded White Plains and finally No. 3 seeded Alexandria in its championship run.

The Falcons also won the 1995 Class 1A Northeast Regional tournament at Jacksonville State to advance to the AHSAA state final four. That team finished 23-3. The Falcons won basketball area tournament championships in 1991, 1992, 1993, 1994 and 1995. The 1994 team won two sub-state games to reach the first Northeast Regional tournament. In 1993, Hester coached Donoho to two sub-state wins and an appearance in the eight-team field of the Class 1A girls’ state tournament in Hanceville. Hester was Calhoun County small-school basketball coach of the year in 1993 and 1995.

As a volleyball player at Donoho before her graduation in 1977, Hester was the Falcons’ setter, a co-captain, most valuable player and an All-District selection. She received one of the first volleyball scholarships offered by Jacksonville State University and was a setter for the Gamecocks from 1977 through 1980.