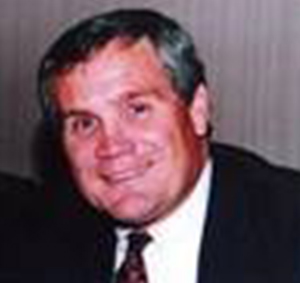 A native of Piedmont, Simmons played three seasons of high school basketball for the Bulldogs and coach Howard Waldrep, starting at guard and serving as team captain as a senior. That year, Piedmont finished second at the Sixth District tournament and won two games at the state tournament.

Despite his abilities on the hardwood, football was the sport in which Simmons excelled. He was a first team All-County tackle as a junior in 1959 under Bill Farrell. Piedmont won its first eight games then lost to Alexandria to finish the regular season 8-1-0. In the annual Turkey Bowl game that year, the Bulldogs avenged their only loss with a 25-14 win over the Valley Cubs.

In 1960, Piedmont again won the Turkey Bowl game to avenge a regular season loss. This time the Bulldogs defeated Oxford 13-0 and finished 7-2-1. On defense, first-year head coach Jim White moved Simmons from tackle to middle guard to help close down Oxford’s running attack. Simmons served as a co-captain for Piedmont as a senior.

When the University of Alabama offered a football scholarship, Simmons accepted. At Alabama, he lettered at defensive tackle in 1962, 1963 and 1964 and was a starter for two years. The 1962 defense limited 10 regular-season opponents to 39 points. In Simmons’ three years as a varsity starter at Alabama, the Crimson Tide was 29-4 with eight shutout wins. Included in those 29 victories were 38-0 and 21-14 wins over Auburn in 1962 and 1964 and bowl victories over Oklahoma 17-0 in the 1963 Orange Bowl and Ole Miss 12-7 in the 1964 Sugar Bowl. His 1964 team was Southeastern Conference champion and a national championship team.

From 1982 to 1993, Simmons was the executive director of the Birmingham Football Foundation, sponsor of the All-American Bowl post-season football classic and the inaugural Southeastern Conference football championship game. The SEC championship game, the first playoff game in NCAA Division 1A football history, was played in Birmingham’s historic Legion Field.