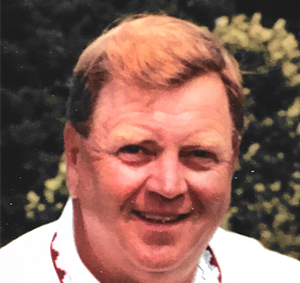 Hubbert was a punishing fullback for Jack Grizzard’s 1965 and 1966 Oxford football teams. As a
junior, he was honorable mention All-Calhoun County. In 1966, his senior season, he scored on a 36-yard run in Oxford’s 6-0 win over Saks. The win propelled the Yellow Jackets into the county championship game against Wellborn. Wellborn had beaten Oxford 28-7 in the regular season but the county title game ended in a 7-7 tie. Hubbert scored on a 1-yard run to give Oxford a brief 7-0 lead.

Hubbert finished the year with more than 1,000 yards rushing. He was first-team All-Calhoun County and earned a football scholarship to Jacksonville State. As a freshman he switched to guard and earned a letter then joined the Air Force. Hubbert returned and graduated from Jacksonville State in 1977. He worked seven years as an assistant football coach before becoming head football coach at Maplesville in 1984.

The Red Devils reached the semifinals of the AHSAA Class 1A playoffs in Hubbert’s first year. Another playoff appearance followed in 1985 and in 1986 Hubbert’s third Maplesville team was 13-1, again losing in the semifinal round. Class 4A Lanett lured him away from Maplesville. Hubbert took the Panthers to the 4A semifinals each of his first two years at Lanett. After the Panthers missed the playoffs in 1986, Hubbert returned to Maplesville where he remained for the final 11 seasons of his AHSAA career, making the playoffs each year.

Hubbert was inducted into the Alabama High School Sports Hall of Fame in 2006. In 2013, the Alabama Football Coaches Association bestowed on him its Lifetime Achievement Award.