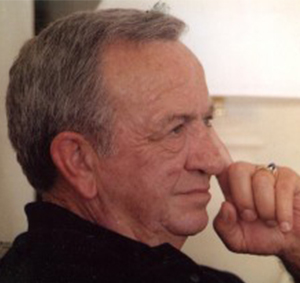 Stewart is revered in Saks for leading the school’s infant football program into the Alabama High School Athletic Association playoffs. When Stewart arrived at Saks as head football coach prior to the 1966 football season, the Wildcats had only one winning record in their six years of varsity football competition. That soon changed.

In 1968, Stewart’s third Saks team was 9-0-0 in the regular season and was one of four Class 3A teams to qualify for the AHSAA playoffs. Saks then defeated Fairfield in the semifinals before finishing as Class 3A runner-up.

Stewart was voted Calhoun County Coach of the Year by his fellow coaches following the 1968 season. The 1968 Wildcats gave Saks its first undefeated regular season, its first playoff appearance and its first 10-win season.

The 1971 Wildcats were 8-0-1 in the regular season, one of eight 3A teams to qualify for the playoffs that year, and reached the semifinals.

In 1974, Saks was 8-1-0 in the regular season and won its first area championship in football. The Wildcats then finished 1-1 in the 3A playoffs. In 1974, Stewart shared Calhoun County “Big Five” Coach of the Year recognition. Overall, Stewart’s 12 Saks teams were 70-40-4.

Stewart grew up in Lineville and graduated from high school there in 1948. Before graduating from Jacksonville State, he earned two letters in football. Stewart began his coaching career in Bowdon, Georgia, where he was an assistant coach in football. He also served as girls basketball coach and led the Bowdon girls to a state championship his first year at the school. That same year, Stewart’s Bowdon baseball was state runner-up.

The opportunity to become a head coach in football and basketball enticed Stewart back to Lineville in the fall of 1959. In seven years at Lineville, he never had a losing record in football. Stewart’s overall record at Lineville was 52-11-3. In 1960 and again in 1961, the Aggies were 10-0-0 and the 1961 team was awarded the mythical state championship for its class. Two of Stewart’s Lineville basketball teams finished as runner-up in the Class A state tournament.

Stewart served on the AHSAA district board for 11 years. He was elected to the AHSAA Hall of Fame in 1995. On October 1, 1993, Saks High School named its football field in his honor. Stewart died September 11, 1998.