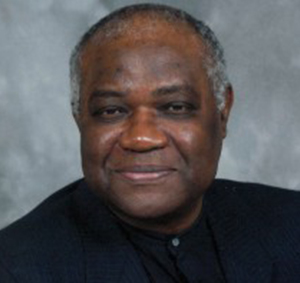 Miller was a three-year letterman in football at Cobb Avenue for Robert Mosby before graduating as outstanding male student, most likely to succeed and valedictorian of the Class of 1962.

As a senior in the 1961 season, he quarterbacked Cobb Avenue to a 7-1-1 record. After Cobb Avenue opened the season with a scoreless tie against Carver of Montgomery, Miller completed three touchdown passes, each to a different receiver, in Cobb’s 32-0 road win over arch-rival Carver of Gadsden. Miller ran for one touchdown and passed for another as the Panthers defeated Ullman 26-0 to improve to 2-0-1.

When Cobb Avenue defeated Calhoun County Training 26-6 to improve to 4-0-1, Miller’s two scoring passes boosted his team to an early 14-0 lead. The Panthers led 20-0 at halftime and Miller’s 5-yard touchdown run in the third quarter sealed the victory. A 39-0 win over Westside of Talladega improved Cobb’s record to 6-1-1. Miller passed for two touchdowns in the first half and ran for two more scores in the second half.

The Panthers, champions of northeast Alabama, concluded their season with a 26-12 win over the southern Alabama champion Mobile County Training School. Cobb led 7-0 at halftime. In the third quarter, Miller completed his longest scoring pass of the season, good for 85 yards, to one of his favorite targets, Alfred Munford. After the season he was named first team all-conference.

Miller’s football exploits earned him a football scholarship to Tuskegee University. At Tuskegee, his 5-foot-8, 160-pound frame did not prevent him from becoming a four-year letter winner at quarterback and a team captain. With Miller at the helm, the Golden Tigers were 20-10-2. While at Tuskegee, he set school records for most touchdown passes in a game and most games with multiple touchdown passes. Because of his ability to throw long passes with pinpoint accuracy, teammates and fans gave him nicknames such as ‘The Rifleman’ and ‘The Mad Bomber’ among others.

After graduating from Tuskegee, Miller spent two years in the United States Army and served in Vietnam. He returned to Anniston for about five years after military service then moved to his present home in Aurora, Illinois.

In 2007, Miller was inducted into the Tuskegee University Athletic Hall of Fame.