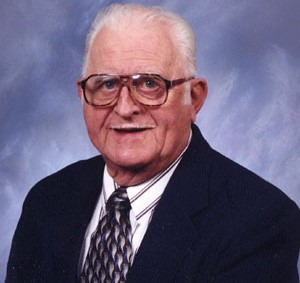 Hawkins served as a high school official in basketball and football for more than 40 years and in baseball for over 20 seasons. He began officiating basketball in 1944, football in 1946 and baseball in 1950. Hawkins was one of the founders of the East Alabama Football Officials Association. He later was the driving force in organizing officials associations for basketball, baseball and volleyball in East Alabama. In 1998 Hawkins was recognized as a National Contributor by the National Federation of High Schools. He is one of only six Alabama officials ever to receive this award.

Since World War II, Glenn Hawkins has been a leader among officials in the state of Alabama. Hawkins who began officiating basketball in 1944, football in 1946, and baseball in 1950, has served for several years as chief executive officer of each sport’s East Alabama Officials Association. He officiated numerous state championships and all-star games in football, basketball and baseball, and he has volunteered countless hours toward the recruitment and training of officials. Even today he attends local meetings of football and basketball.

Hawkins worked many years with Calhoun County’s football for youth programs. He was recognized for his contributions to high school athletics in 1998 at the National Federation of High Schools Award Banquet as a National Contributor. One of only six officials in Alabama to ever be honored with this award.