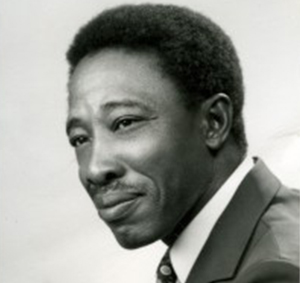 Washington was a four-sport athlete at Cobb Avenue High School in Anniston prior to graduating in 1954. He played halfback and quarterback in football, was a three-year starter in basketball, served as baseball captain as a senior and was a sprinter on the track team.

After military service, Washington enrolled at Alabama State in 1957. While at Alabama State, he was a four-year letterman as a halfback in football and ran track before graduating in 1961.

In the fall of 1966, Washington accepted the position of head basketball coach at Tuskegee Institute High School in Tuskegee. He remained in Tuskegee for the final 25 years of his 30-year career as an educator and a coach.

In 1985, Washington led Tuskegee Institute to the first of two state basketball championships. In the AHSAA’s first year with six classes, Tuskegee Institute was Class 6A champion. In the semifinals, the Tigers defeated powerful A.H. Parker of Birmingham then downed LeFlore of Mobile in the championship game.

After reaching the state tournament in 1989 and 1990, Washington led Tuskegee Institute to the Class 5A state championship in 1991. That year the Tigers downed Southside of Dallas County for the crown and finished 24-4. Washington was named All-Chattahoochee Valley Coach of the Year by the Columbus (Ga.) Ledger-Enquirer. The Alabama Sports Writers Association voted him Class 5A Coach of the Year. The title and the awards came in Tuskegee Institute High’s final year of existence. That fall, the school’s students became part of the new Booker T. Washington High School and Washington chose to retire.

Over his coaching career, Washington’s basketball teams were 534-218. He was inducted into the AHSAA Hall of Fame in 1993.