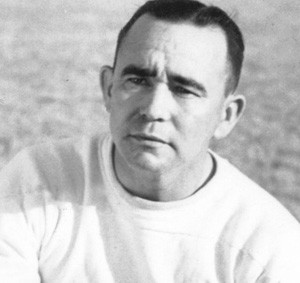 Lott graduated from Birmingham-Southern College in 1929 and immediately began a coaching career. After one year at Valley Head, he moved to Anniston High School. In his first season at Anniston, 1930-31 school year, Lott agreed to revive a series with arch-rival Gadsden that had been dormant since 1925. Gadsden defeated Anniston 49-6 that year and Lott vowed that no Anniston team coached by him would ever lose to Gadsden again. None did. Over the next 13 years, Anniston defeated Gadsden six times and seven games ended in ties. No Gadsden team scored more than one touchdown over those 13 games.

Lott teams were 6-0-1 against Talladega, Anniston’s other major rival of the time. Against Calhoun County High, as Oxford was then known, Lott’s record was 11-0-1. Lott remained at Anniston for 14 years. His Anniston football teams were 91-22-11. Lott took four Anniston basketball teams to the AHSAA state tournament. In 1932 and 1937, Anniston advanced as Sixth district runner-up. In 1939 and 1942 the Bulldogs were Sixth District champions. The 1939 team reached the semifinals before losing to Mc-Gill Institute of Mobile.