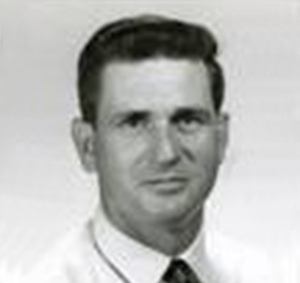 Deupree graduated from Talladega High School where he earned recognition as an end on the Birmingham-News-Birmingham Age-Herald All-State football teams in 1948, his senior season, and received a scholarship from Auburn. He was a starter in the second annual Alabama High School Athletic Association North-South All-Star game in August 1949 then started at end for Auburn’s freshman team. He transferred to Austin Peay and started for the Governors in 1950 then spent two years in military service.

Following his graduation from Jacksonville State, Deupree served as assistant football coach at LaFayette for one year and at Austell, Georgia, for three years before coming to Walter Wellborn in 1960 as assistant to Frank Hackney in football and head basketball coach. When Hackney resigned as head football coach after the 1960 season, Deupree was named head coach.

In 1966, Wellborn was named Class 3A state champion over 88 other 3A schools by the Birmingham News based on a points system created by the AHSAA. The Panthers finished 9-0-1.

In 1963, Deupree served as an assistant coach in the North-South All-Star game. Deupree’s 1964 team defeated Anniston 27-6, Wellborn’s first football win over Anniston. It was the first of five consecutive wins over the Bulldogs. Deupree was chosen by his peers as Calhoun County coach of the year in 1966 and named Alabama’s 3A coach of the year by the Birmingham News. In 1970, Deupree led Wellborn to its first football playoff appearance. One of only eight teams in the 3A playoffs, the Panthers were 1-1 in the postseason.

In 2010, Wellborn honored Deupree when it named the field house after him.