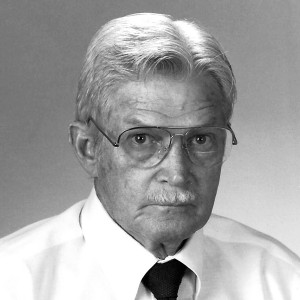 Wilson, an Oxford native, graduated from Calhoun County High School, as the high school in his hometown was then known, in 1942. While at Oxford, Wilson was a four-year letterman in basketball. As a senior, he served as team captain and was a member of the Sixth District tournament all-tournament team. He also lettered two years in football at Oxford and was president of the lettermen’s club.

When he graduated from Jacksonville State in 1949, Wilson was hired as head football coach at Glencoe. He continued in that role until 1967 and also served as Glencoe’s head basketball coach from 1950 through 1965. The Yellow Jackets were 93-73-10 in football under his tutelage and he coached in the 1959 Alabama All-Star football game. Wilson’s Glencoe basketball teams won five Etowah County championships.

After retiring from coaching, Wilson held a number of administrative positions in the Etowah County school system, eventually serving as superintendent of education from 1976 through 1984. Wilson was inducted into the Alabama High School Sports Hall of Fame in 1998 and the Jacksonville State University Hall of Fame in 1999. In 2004, the Glencoe football stadium was renamed Wilson-Darnell Stadium.