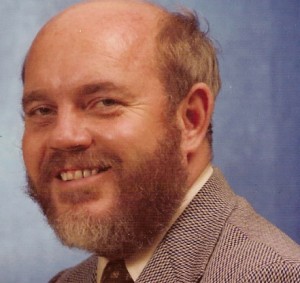 Bolton graduated from Alexandria High School in 1954 where he lettered as a halfback in football for Lou Scales. The Valley Cubs were 9-1-0 in his junior year, losing only a 14-13 decision to Anniston in the Turkey Bowl. In Bolton’s senior year Alexandria was 6-3-0.

Bolton’s athletic career as a player ended after high school but his interest in sports did not. He wrote about sports for the Anniston Star, the Gadsden Times, the Montgomery Advertiser and the LaGrange (Ga.) Daily News then spent the final 40 years of his 46-year sports writing career with the Birmingham News. While at the News Bolton wrote four sports columns each week for 31 years before he retired in 2001.

Bolton received the Permatex Award in 1969, given annually for the best story in the nation on short track auto racing. He received the American Motorsports Award of Excellence in 1985 for the nation’s best story on Winston Cup racing.

In 1988 the Atlanta chapter of Sigma Delta Chi, the national journalism honorary, gave Bolton its Excellence in Journalism Award for his sports commentary. He is also the recipient of the All- American Football Foundation’s Lifetime Achievement Award in Sports Writing. Bolton was inducted into the Alabama Sports Writers Association Hall of Fame in 2001.

Bolton began writing books, both non-fiction and fiction, in 1972. He has authored six novels and eleven non-fiction works, most of those on college football in the South and stockcar racing.

His first book, The Crimson Tide, was followed closely by War Eagle (1973), Unforgettable Days in Southern Football (1974) and Bolton’s Best Stories of Auto Racing (1975). In 2005 he wrote Stop the Presses (So I Can Get Off), a compilation of observations made, insights gained and favorite stories told from his time writing about sports.