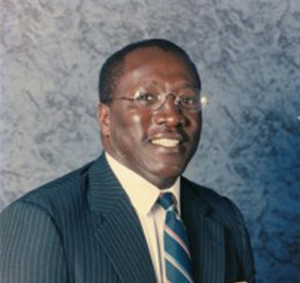 Munford was a three-year letterman in football for coach Robert Mosby’s 1958, 1959 and 1960 teams at Cobb Avenue. In his junior and senior seasons, he was the primary target in Cobb’s passing attack as a wide receiver.

In 1959, Munford caught two scoring passes as Cobb Avenue defeated Councill of Huntsville 20-14 on the road. The following week, he had a 15-yard touchdown reception in a 33-0 win over Calhoun County Training School. After Cobb’s 7-0 homecoming win over Booker T. Washington of Montgomery, Munford was cited by his coach for his outstanding play on defense. The Panthers finished the 1959 season 8-1-1.

His role as a defensive stalwart and an always dangerous pass catcher continued his senior season. He caught a 5-yard touchdown pass as Cobb opened its season with a 21-6 win over George W. Carver in Montgomery. In Cobb’s 27-0 win over Carver of Gadsden the next week, Munford scored an extra point on a pass reception and was praised publicly for his work on defense.

Cobb defeated Ullman of Birmingham 20-6 in the Panthers’ third game and touchdown catches by Munford accounted for two of his team’s three scores. Again, he received high marks for his defense. In the Panthers’ 26-0 victory over Laurel in Alexander City, their fourth consecutive win, Munford’s 20-yard scoring reception gave Cobb its 6-0 halftime lead.

The Panthers improved to 6-0-0 with a 19-0 win over Calhoun County Training. Again, Cobb led 6-0 at the half on a touchdown grab by Munford. This one covered 28 yards in the second quarter. He was praised for his defense in a 32-7 win over East Highland of Sylacauga and a 33-0 victory over Westside of Talladega. He also scored once against Westside.

With its 9-0-0 start, Cobb Avenue claimed the Northeast Alabama Interscholastic championship. A loss to Booker T. Washington in Montgomery in the final game of the year spoiled a perfect season.

Munford lettered at guard for three years on Cobb Avenue’s basketball teams and led the conference in scoring as a junior.

He was an all-conference selection in both football and basketball during his high school career.

Following his graduation from Cobb Avenue in 1961, Munford played football and basketball for Miles College for four years. As a freshman for legendary Miles coach T.J. (Mule) Knox, he terrorized Miles’ football opponents on both offense and defense. He caught 55 passes, including nine for touchdowns, intercepted opponents 16 times, and averaged almost 50 yards a kick on 31 punts.

His exploits at Miles earned him induction into the Miles College Sports Hall of Fame in 1996. In 2000, his alma mater named Munford its Miles College Athlete of the Century.