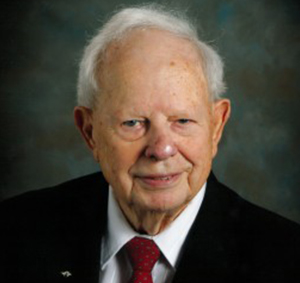 A graduate of Walter Wellborn in 1966 and Jacksonville State University in 1970, Weems spent the first year of his teaching and coaching career coaching junior high sports programs at Jacksonville. InFerguson was a fine athlete in his own right but he left an indelible mark on high school sports in Calhoun County by officiating games played by others. He called football, basketball and baseball for 37 years until health concerns forced him to retire. During his career, Ferguson called Alabama High School Athletic Association Class 6A championship games in football, basketball and baseball.

For 34 seasons, Ferguson worked playoff games in football. Four times he refereed in the AHSAA Class 6A championship football game.

Basketball was Ferguson’s sport initially. He was a member of the Mechanicsville Junior High School team that won the 1947 Calhoun County junior high tournament championship. As a sophomore and again as a junior, he played for Freeman L. Johnson’s Anniston High School teams. His junior season, the Bulldogs finished the regular season 20-2 and were 22-4 overall.

Following his junior season, his family moved to El Paso, Texas, and he graduated from high school there in 1950. Ferguson returned to Alabama and played junior college basketball at Southern Union in 1951 and Snead State in 1952. He entered the military in 1953 and was an outstanding player for military service teams in both basketball and softball.
the fall of 1971 he became head basketball coach at Cleburne County, his first head varsity position. After two years at Heflin, Weems spent three years as head basketball coach and an assistant coach in football at Dadeville. His second basketball team at Dadeville reached the state tournament semifinals.

For the 1976-77 school year, Weems moved to Clay County High School and remained until the school closed following the 2011-12 school year. In 1988, Clay County lost a one-point decision to Francis Marion in the AHSAA Class 2A state basketball tournament championship game. That team was led by Billy Ross, who scored a then-record 3,383 points in his time at Clay County. The following year the Panthers reached the state semifinals before falling.

Weems’ Panthers won Class 2A state basketball championships in 1991 and 1992, each time defeating powerful Hazlewood in the title game. Lance Weems surpassed Ross in career scoring during the 1992 season and finished with 3,660 points. The 1992 team captured a school-best 32 victories. Weems served as head coach of the Alabama team in the 1992 Alabama-Mississippi basketball all-star game. In 2006, the playing surface at the Clay County gymnasium was named the Jerry Weems Court to honor Weems. His career basketball record was 599-452.

In addition to his basketball responsibilities, Weems served Clay County as an assistant in football. He was defensive coordinator on each of the six Clay County state championship football teams and for the school’s four teams that put together the state record 55-game winning streak from 1994 through 1997. The 1996 Panthers posted a state-record 11 shutouts. In 1994, Clay County recorded 10 shutouts, seven in a row. The 1995 team finished with nine shutouts.

In 2011, Weems was enshrined in the Alabama High School Sports Hall of Fame.