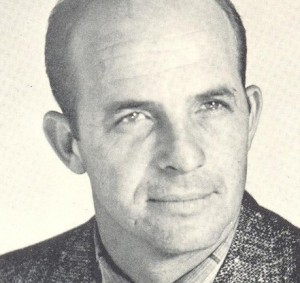 His first coaching job was at Ohatchee. The school had not fielded a football team the previous eight seasons and Farrell’s 1947 team was 0-7-2. Two of the next three years Ohatchee had winning records. The 1948 Indians downed rival Alexandria 14-0. In 1951, Ohatchee was 8-0-2 and Calhoun County champions. A 20-13 win over Oxford in the final game of the 1951 season protected Ohatchee’s first undefeated season and gave Farrell his second consecutive win over Oxford. He was recognized as Calhoun County coach of the year.

From Piedmont, Farrell spent 10 years as a principal – two years at Lineville, one in Georgia, then seven years at Ohatchee. During the 1970-71 school year he was vocational guidance director for the Calhoun County school system.

Farrell returned to coaching at Anniston in 1971. The Bulldogs had managed only one winning season in the previous seven years. By 1972 Anniston was 7-3-0 and Farrell’s peers named him the Calhoun County Big Six coach of the year.

Farrell was Big Six coach of the year again in 1973 and 1974, sharing the award with Jack Stewart in 1974. In 1973 he was also voted North East Alabama Conference coach of the year. The 1973 team was the first at Anniston to complete a regular season schedule undefeated and untied. It was also the first to reach the AHSAA playoffs.

He left Anniston after the 1978 football season then returned in 1986. When he retired midway through the 1987 season his overall career record was 134-69- 7. Farrell was inducted into the Alabama High School Sports Hall of Fame in 1999.