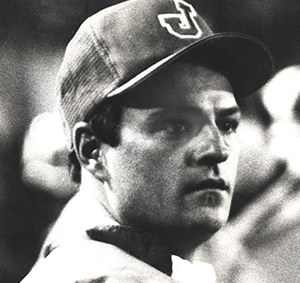 He graduated from John Carroll High School in Birmingham where he was a three-year letterman in football and a four-year letterman in baseball, earning all-state recognition as a senior in 1969. Maniscalco accepted a baseball scholarship offer from Jacksonville State University and played for coach Rudy Abbott. While at Jacksonville State, he was a three-year starter, playing third base and center field. As a sophomore, Maniscalco was eighth nationally in home runs with nine and earned All- Alabama Collegiate Conference recognition. In 1973, his senior season, he captained the JSU team that made the school’s first appearance in the NCAA Division II College World Series. His 18 career home runs placed him second on the Gamecocks’ all-time home run list when he graduated.

From 1973 through 1984, Maniscalco taught and coached at Oxford High School. He became head varsity baseball coach in the spring of 1978. In his first season as head coach, Maniscalco guided Oxford to the AHSAA state championship game. In 1980, Oxford reached the semifinal round in the baseball playoffs. Maniscalco’s Yellow Jacket baseball teams were area champions in each of his seven years as head coach. He was Calhoun County coach of the year five times. His career record in varsity baseball was 156-23.

Maniscalco served as Oxford’s offensive coordinator in football from the 1977 season through the 1984 season under Bill Burgess. Oxford’s 1982 football team reached the state championship game for the first time in school history.

When Jacksonville State hired Burgess as head football coach following the 1984 football season, Burgess brought Maniscalco with him as offensive coordinator. Maniscalco made some tweaks to the Gamecocks’ wishbone offense, some called it the “Charlie-bone”, keeping the option running attack potent and adding downfield passing threats. The Gamecocks were NCAA Division II national champions in 1992 after finishing second in 1989 and 1991.