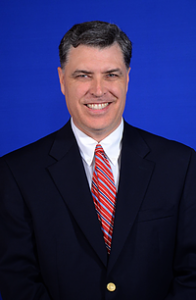 He is also is the Producer and Host of the Pigskin Roundup High School Football Scoreboard Show. The program is aired throughout East Alabama on WEAC TV 24. Additionally, he is in his 16th year as the Managing Editor of the Pigskin Roundup magazine. Jon is the studio host of the AHSAA Super 7 football and State Finals basketball broadcasts on the AHSAA TV Network. He also spent many years as a game commentator on the AHSAA Radio Network. In addition, he is the host of the AHSAA Weekly television program, the official statewide television show of the Alabama High School Athletic Association. Jon was also the host of the first ever AHSAA Football Playoff Bracket and Re-classification shows. Holder also serves on the Fellowship of Christian Athletes of the Cheaha Valley board, and served six years on the Selection Committee for the Alabama High School Sports Hall of Fame.

Jon, wife Lynne, and daughter Lauren are active members of Grace Fellowship Church at McClellan. Holder is a Charter member of the Calhoun County Sports Hall of Fame, serves as Vice-President of the Hall of Fame Board of Directors, and is the emcee of the annual banquet.